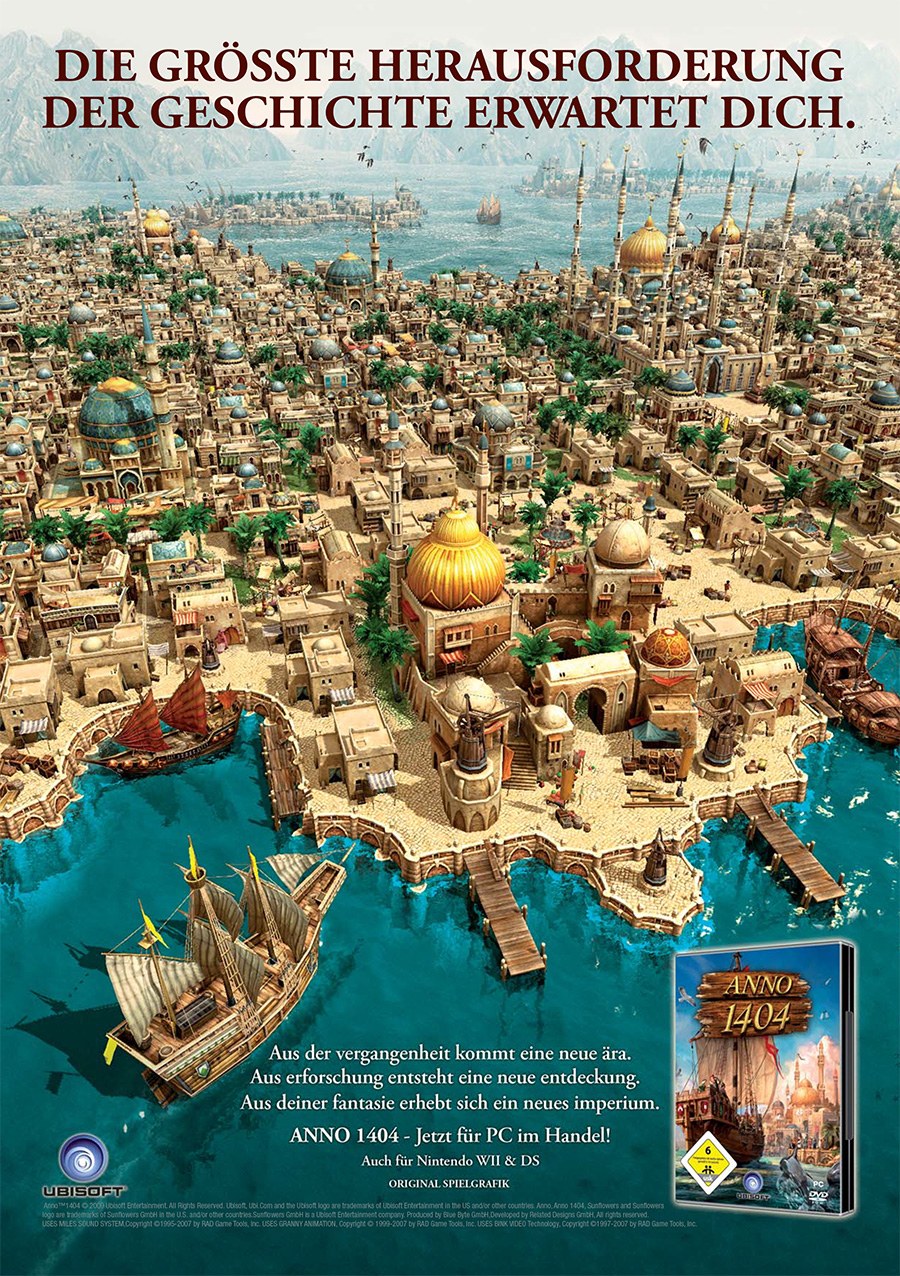 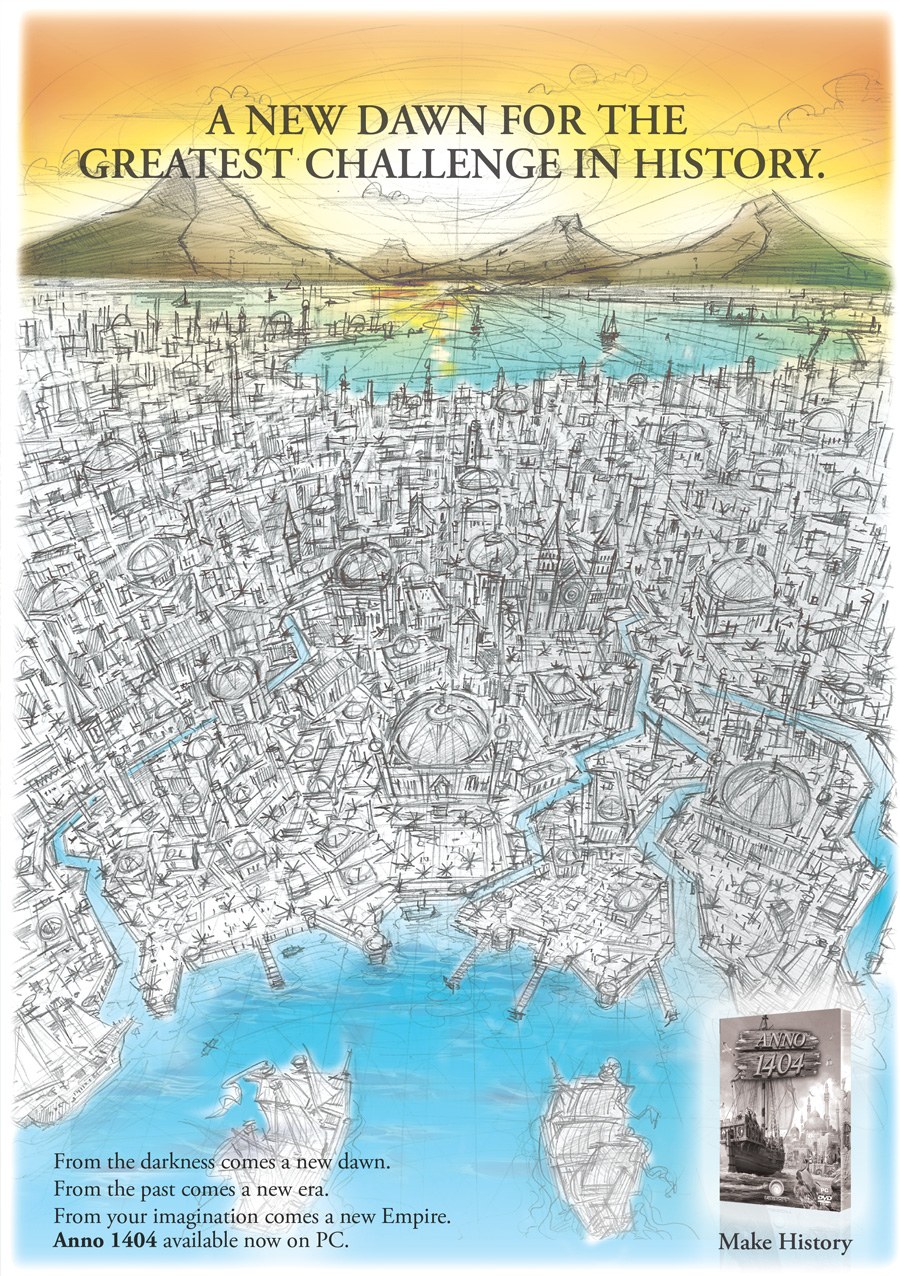 Launching Anno 1404 in Germany with an in-magaine press advert allowed me to scamp exactly the layout needed. Once the scamp was signed off we set about actually building exactly what we’d drawn using the game itself.

Who knew placing that many buildings in a close knit area would have been so time consuming and complicated but the result was great. Making something look less complicated than it is, is an art in itself.