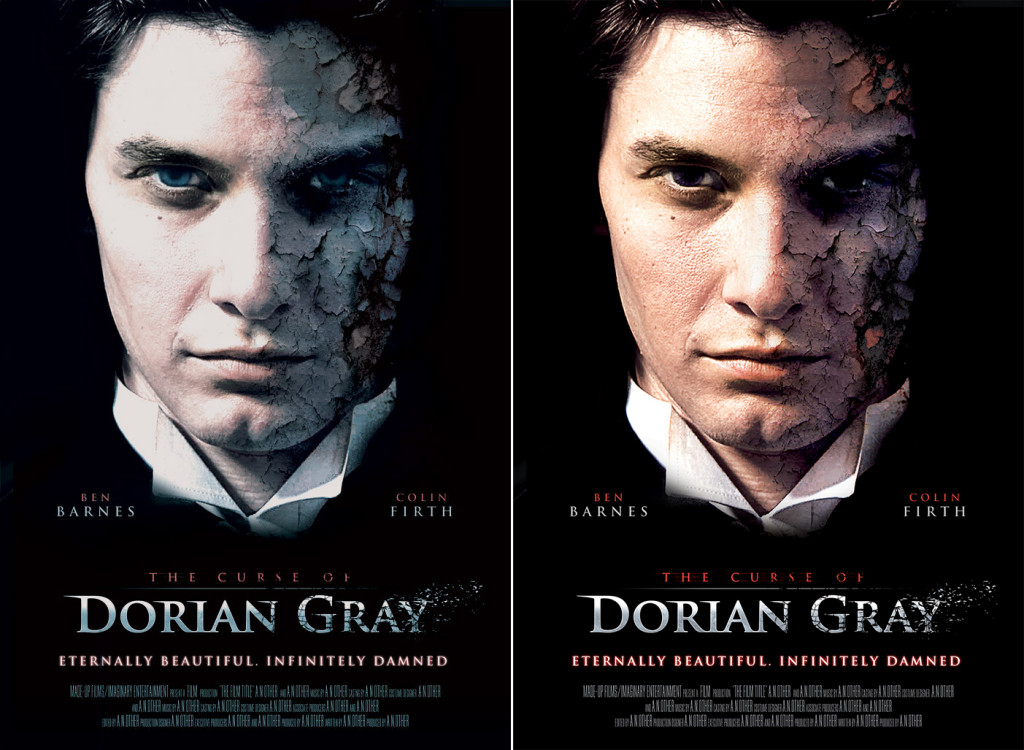 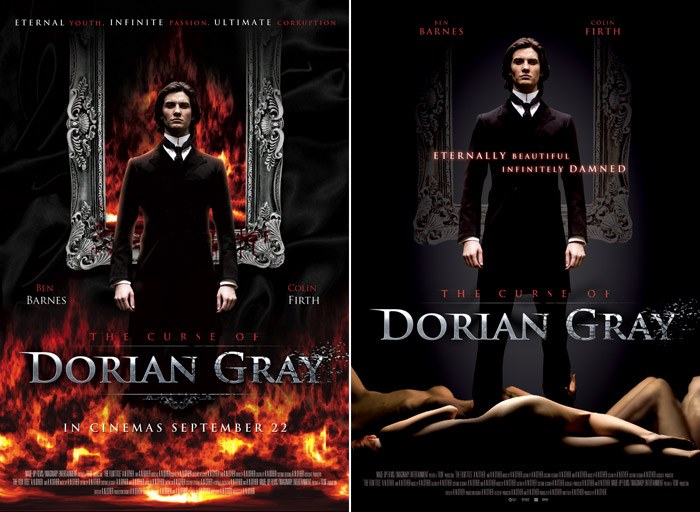 We all probably know the story of Dorian Gray. The guy who remains forever young and immortal while his painted portrait ages hideously in the attic.

The big idea was “He’s a man with two sides; eternally beautiful, infinitely damned” which translated nicely into some clever imagery – half face, half degraded painting. The original concept was to extend this poster idea onto the DVD pack when released and make it a lenticular allowing the face to change and flake away as the box was rotated. You’ll find the final image on IMDB as the poster image for Dorian Gray.