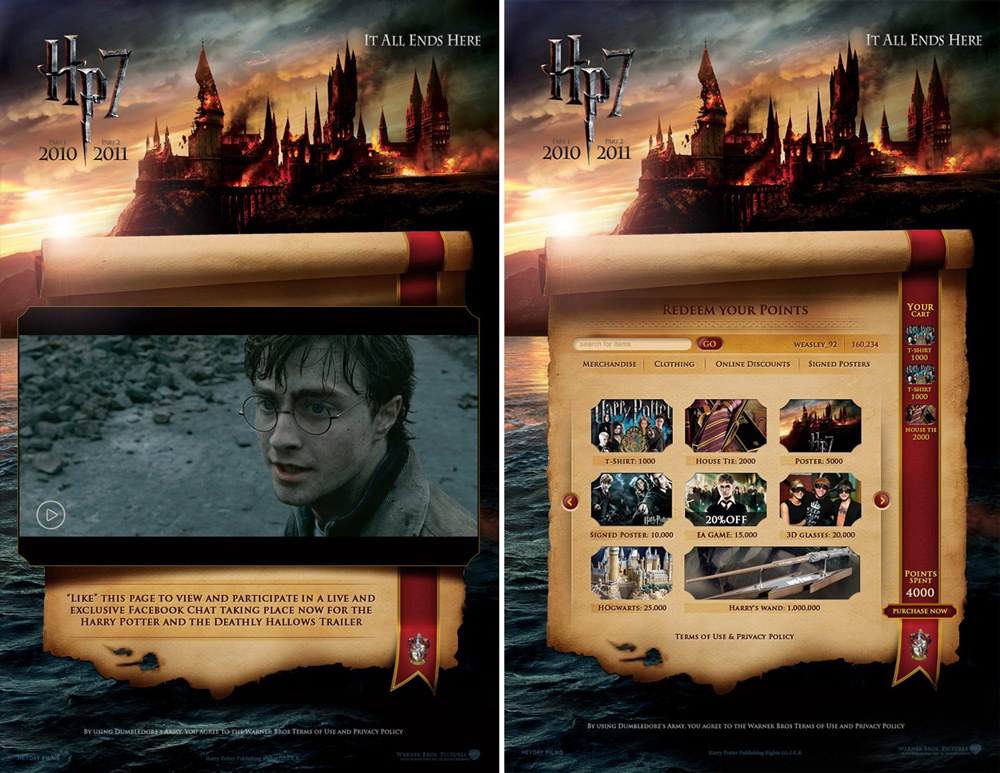 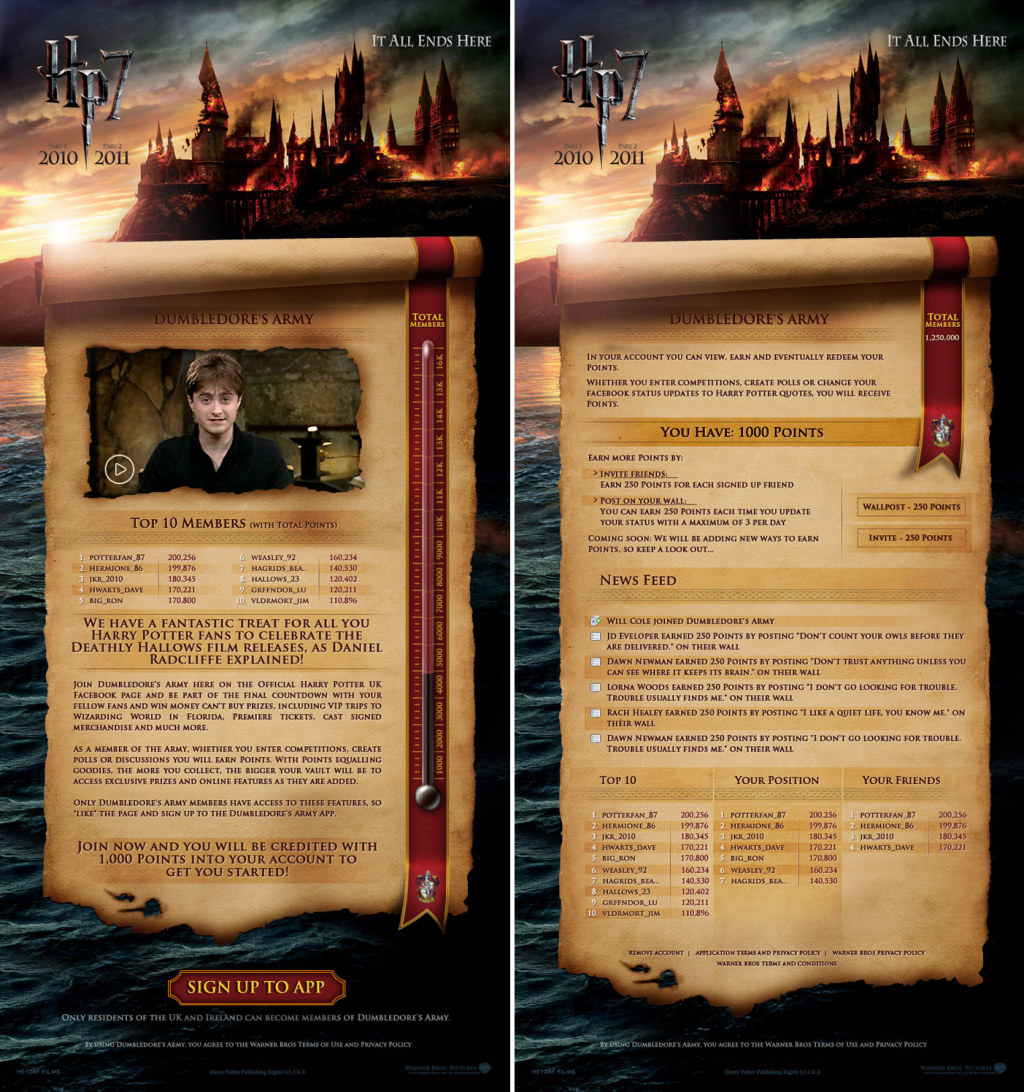 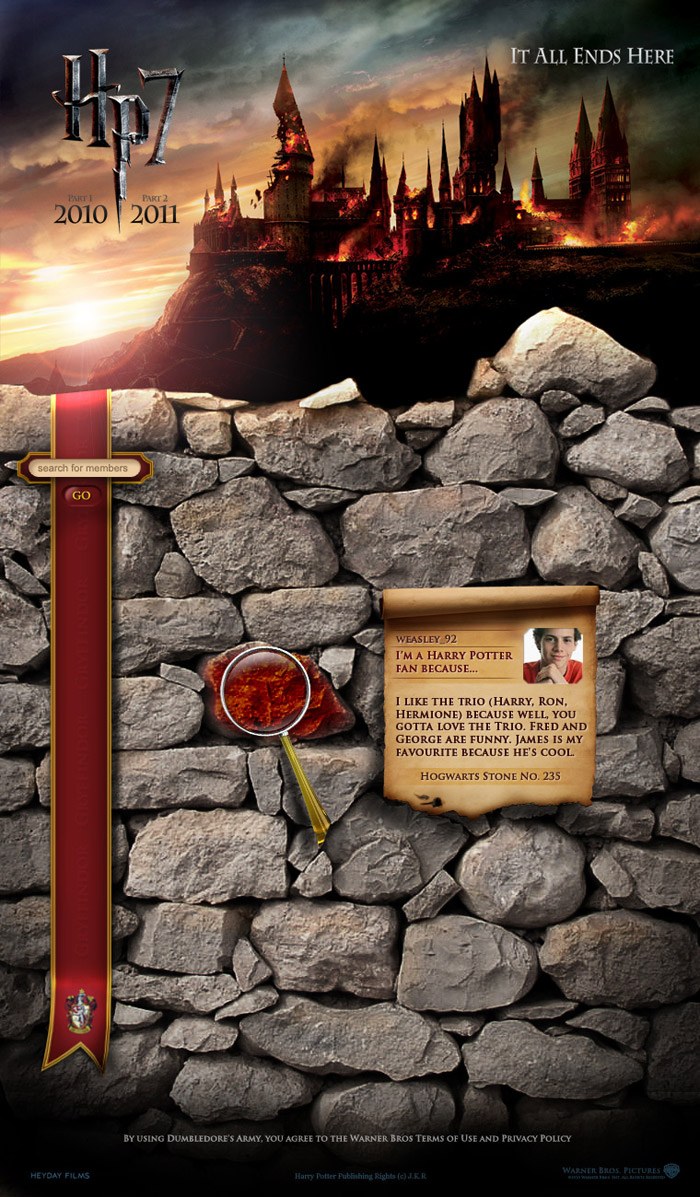 “Take the mountain to Mohamed” and build the whole thing in Facebook was a very simple way to target existing Potter fans. By joining “Dumbledore’s Army” you instantly became part of a very large and active community. The App was developed to contain competitions, discussions, content, polls: all of which you could enter or create yourself. The more content you created, and the more active you were – the more points you earned.

Even more points were awarded for inviting friends to become new members, posting Harry Potter specific messages to your wall or even changing your Facebook status. You were shown your points total, your rank and could clearly see how far you could go by seeing others’ points. But what’s the point of points if you can’t do anything with them? Well, that’s where the App part of the group came in. You could use your points in the shop to buy anything from T-Shirts to a Scale Model of Hogwarts. Think of it like Nectar points but with much cooler Harry Potter stuff to get your hands on.