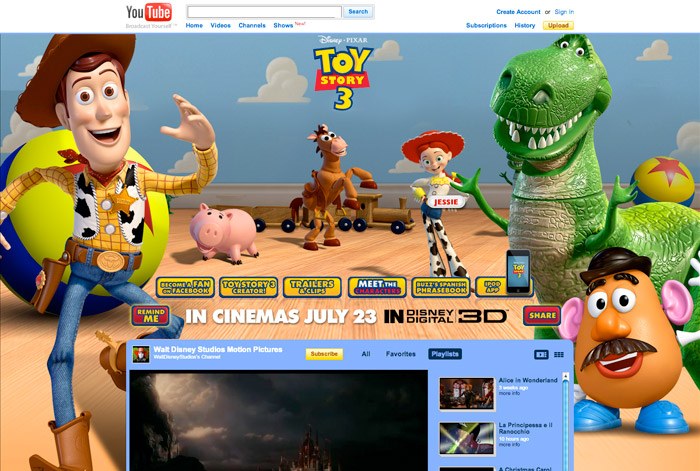 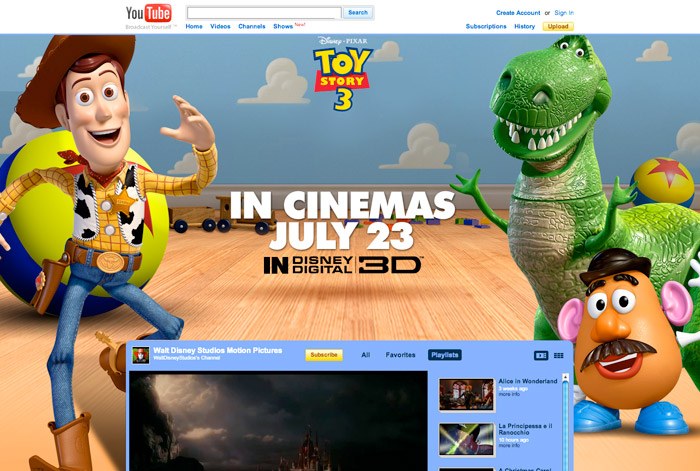 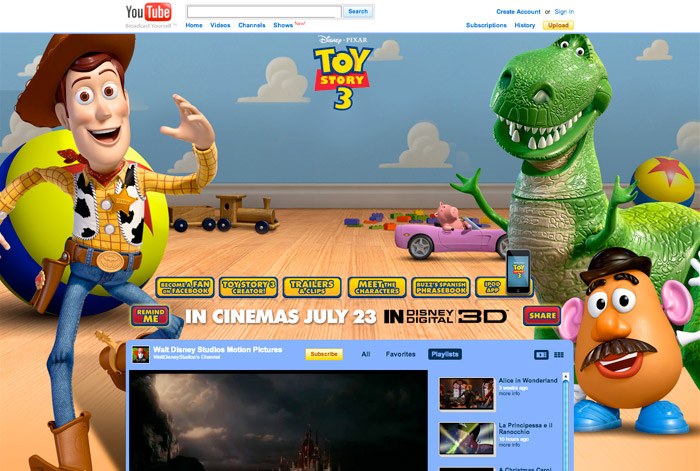 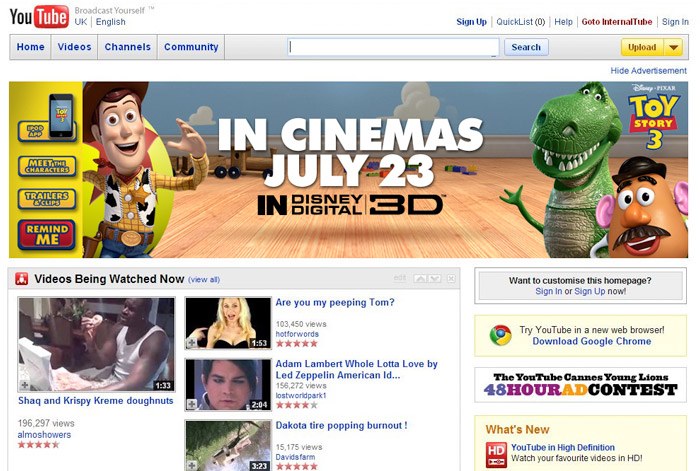 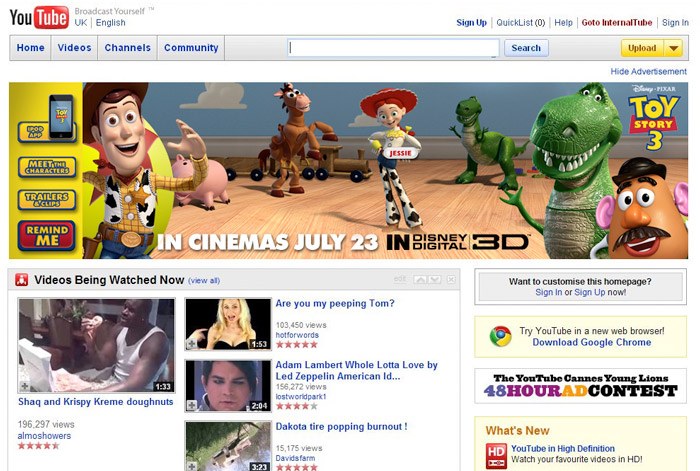 Youtube had just released two new ad formats which we called the “Gadget” and the “Masthead”. The gadget was a Flash animated section at the top of the channel and could contain any relevant content. I extended this with a background image that joined seamlessly with the Flash element to give the whole page a feel of depth. Even adding a little angled shadow to the existing page content. The Flash content was then loaded up with games, videos, images, quizes and info.