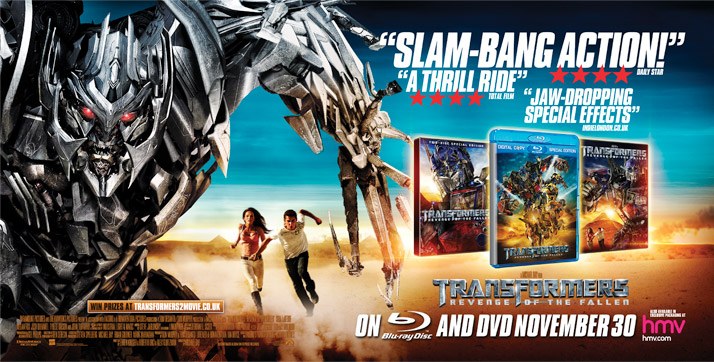 Before Transformers became a franchise that went a little “off track” there was Revenge of the Fallen. A pretty good sequel as sequels go. They’d slowed down the fights so you could actually see what was going on for a start. Shia Le Bouf was back though. Pity.

For the DVD release Paramount wanted to go big and create multiple versions with different Autobots/Decepticons to cater for all fan favourites. I believe this is now in the Paramount “hall of advert fame” for how a DVD pack based layout should be done. It’s used a case study for new agencies on how to lay out a 12 sheet.